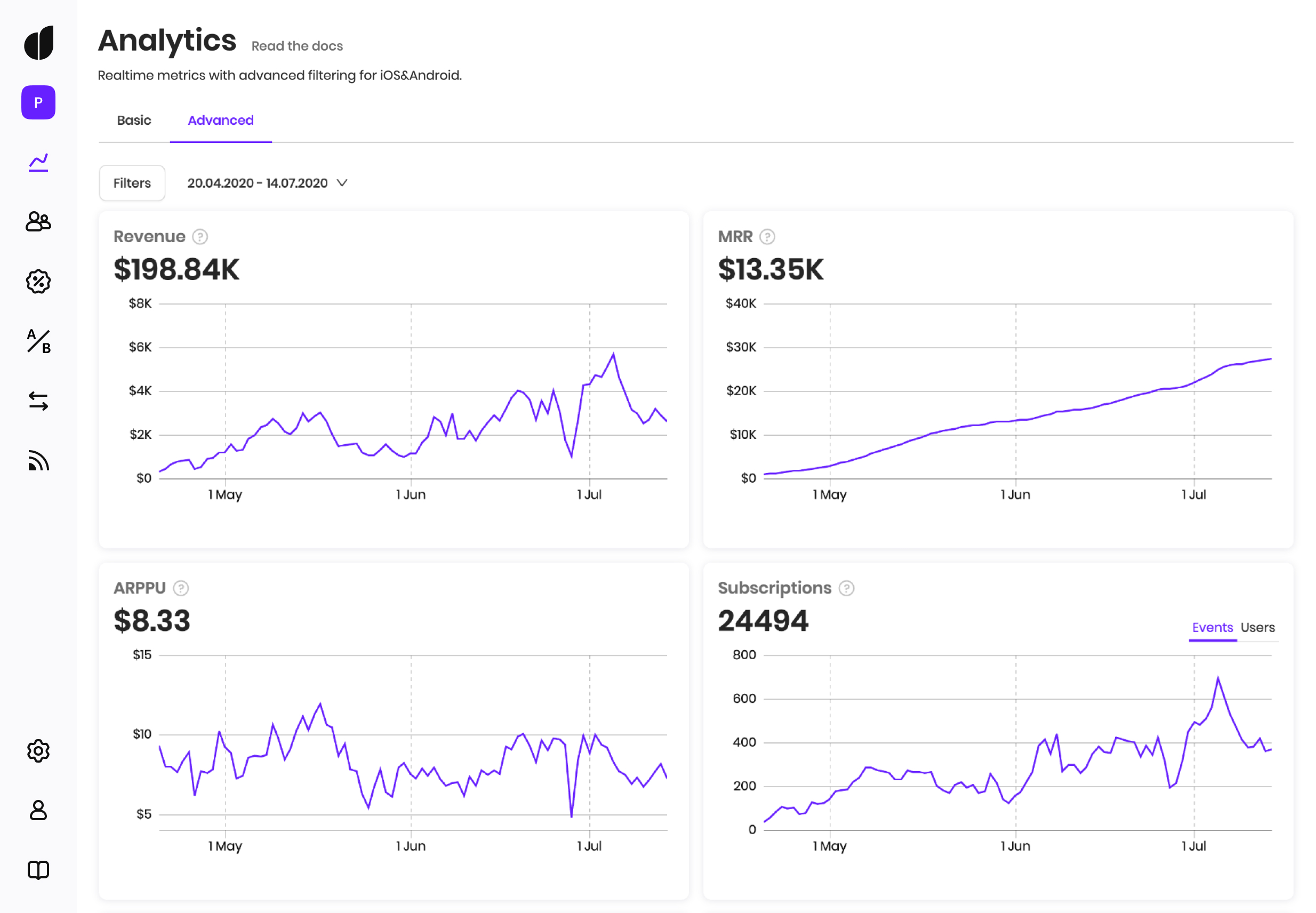 Advanced Analytics allows you to track the following metrics.

The measure of the predictable and recurring revenue components of your subscription business. Calculated as following:

Basically, MRR shows revenue from all active subscriptions normalized to one month. For example, for a yearly subscription, instead of counting full revenue from the start, revenue is split into 12 equal parts which are evenly spread across 12 month period.

The number of subscription and trial cancellations segmented by cancellation reasons.
This metric does not include Auto-Renewal on/off state change cases and shows only the subscriptions that are already ended (expired).

Events
The number of refunded purchases and subscriptions.
Money
Amount of money that was refunded.

Filter metrics by product (both subscriptions and one-time purchases are available).

Filter metrics by A/B tests that are associated with purchases.
In case your A/B tests have multiple versions, they are marked as "Rev. X" so you can choose the specific one.